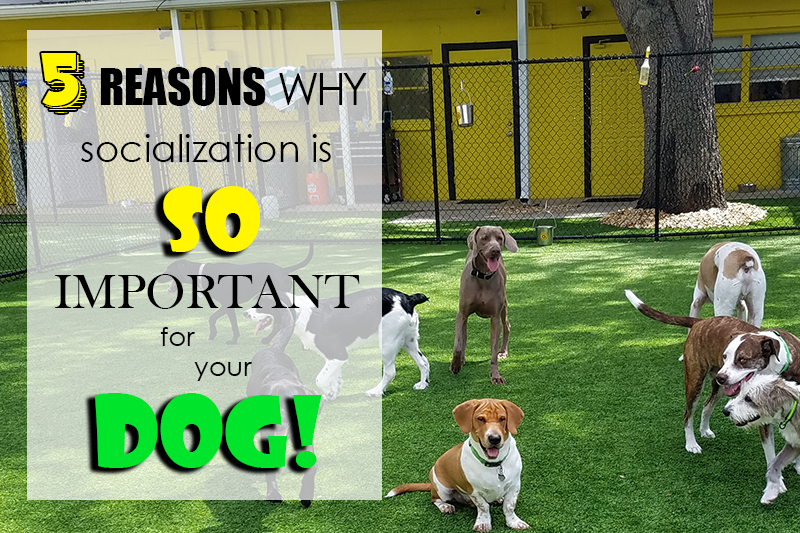 Just as human interaction is crucial in creating mental and emotional wellbeing in babies, so too is socialization crucial in creating mental and emotional well being in dogs! Dogs that are socialized from a young age with other dogs in a safe and supervised environment are proven to be less anxious, aggressive and obedient throughout their lives. Going to Doggy Daycare is also great for helping a puppy get potty trained and break bad habits like chewing by expending all of that pent up puppy energy!

So in conclusion, just as you would take your human child to school to learn positive skills and behaviors, your fur child needs the same type of love and attention! Socialization with other dogs and humans in a safe loving environment creates nothing but positive connections in their brain.

Jon Anderson is the Director of Marketing for Barks & Recreation. He is a dog lover first and foremost but his love of dogs brought him out of the corporate world and into the Barks & Recreation family. Jon has a Pembroke Welsh Corgi named Chewy that does everything with him and his family. His writing style is straight from the heart with a lot of research mixed with a little humor. We hope you find his articles both informative and entertaining.